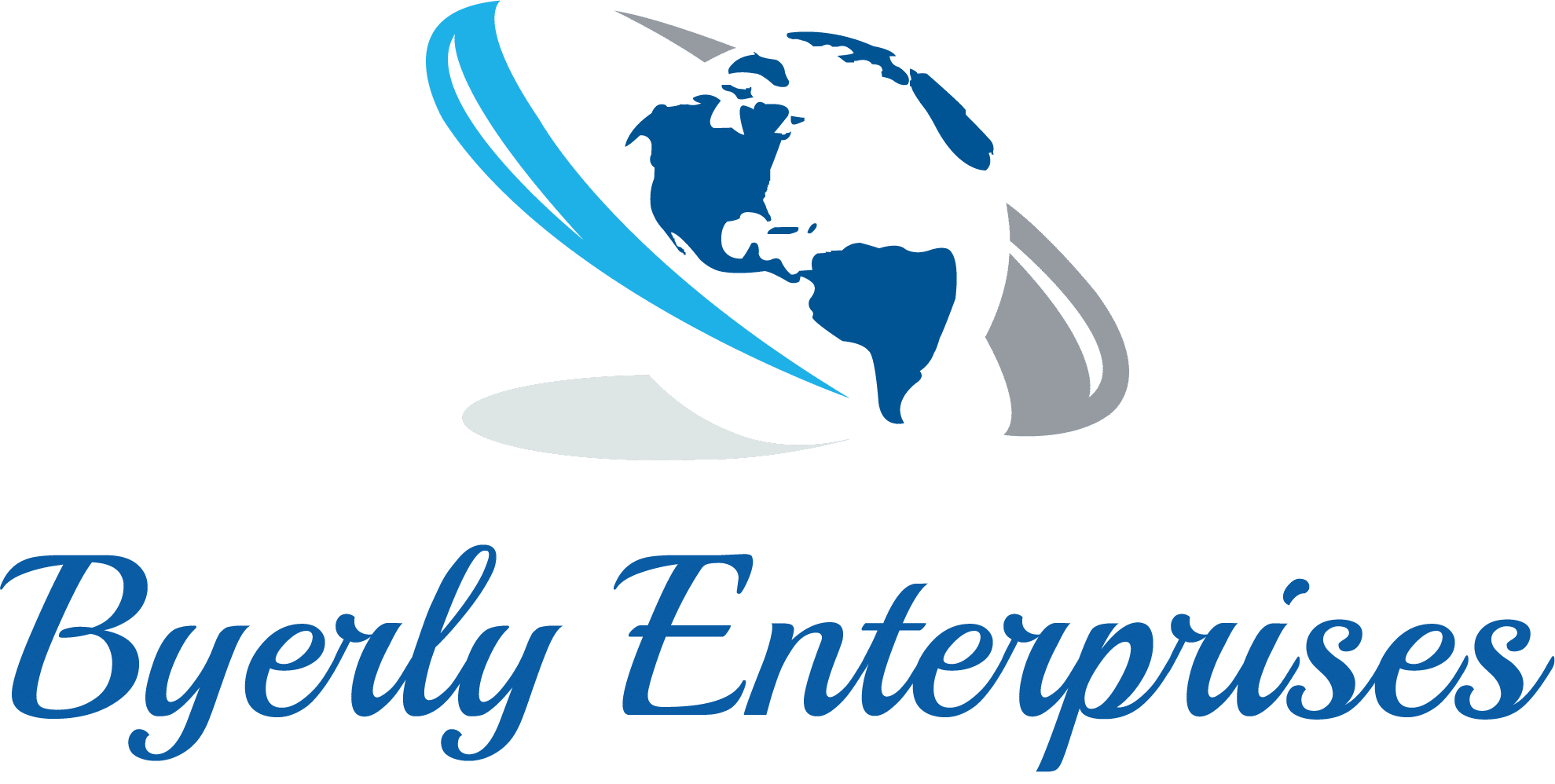 Home » Blog » Bear vs Notion | Which App Is Better?

Bear vs Notion | Which App Is Better?

Listen To The Podcast:

Welcome to my channel; I’m Nancy, and today we are reviewing two powerful note-taking apps available.  The first one is called Bear, and the second app is Notion. Let’s see how they compare.  I am doing this episode differently than I have with the other episodes. As I am going to talk about Bear then do a comparison of that topic against Notion.  I think this will be a better way to compare these two apps.  Now be sure to stay till the end as I give you my thoughts about Bear and Notion and who these apps are for.

The creators of the app state that this app is perfect for creating quick notes to in-depth essays.  It even has a focus mode that helps you concentrate, and advanced markup options are an online writer’s best friend.  Full in-line image support brings your writing to life.

Whereas, Notion states that it is the all-in-one workspace.  It is the one tool needed for your whole team.  Your team can write, plan and get organized.

It is apparent that both apps are aimed at different markets.  Notion is built for teams whereas Bear seems to before individuals.   I was impressed with Bear’s website.  It is very professional and eye grabbing.  Notion’s website is well organized but the graphic takes up a lot of real estate that could be better utilized.  I have always thought Notion’s website needs to be updated.

I love the fact that Bear comes with multiple themes.  As I am not a fan of Dark themes, and bright white background is not easy on the eyes.  I find that the dark theme is hard to read when sitting for long hours.  I love the beige mode as it is easier on my eyes.   The settings part of the app provides you will all the typical settings you would expect from an app.  You can set autocomplete on or off, add tags, place the app in markdown compatibility mode.

Also under settings allows you set setup privacy mode that will allow you to logon using a Face or Touch ID.  In order to get the encryption feature you will need to pay for the pro version.

The apps if very user friendly and the response time is impressively.  It instantly responds to your touch.

Notion settings allows you to connect apps, change your notifications and change the theme from dark to light.  Basically it works but is not as fancy as Bear’s app is.  With Notion you can add apps to it, change your notification and adjust your settings.  The Notion app appeared slightly slower to me however the difference could be because I was logged into my account which syncs to the Notion sight.  Whereas with Bear I am using the free version which does not require any sync.  Don’t get me wrong Notion’s response time is very impressive.  It was just a slight difference that I noticed when using the apps right after one another.  It definitely is not a show stopper for me.

With Bear Pro, you can encrypt individual notes to keep them safe and locked away from nosy friends, family, and coworkers.  You can set a unique password that only you know and use Face/Touch ID to open your notes.

Whereas Notion claims it uses encryption at rest and in transit but it is not end to end.  This is because end to end encryption would make features like full text search near-impossible.  Despite keeping its databases and by extension all user data encrypted at rest. It does allow Notion employees to access the information in its entirety.

Notion claims that they can only access your data after receiving explicit consent from a user, and all employees are legally bound to keep user data confidential.  They state that it has practices in place to prevent employees from abusing their power, logging all instances of accessing customer data and reviewing these logs on a regular basis.  But the fact of the matter is:  Outsiders can access your information.

Now this is a tough sell for would be corporate customers.  Information is the lifeblood of any business and the last thing you want is for your trade secrets to be leaked.  Now I am not saying that Notion is not operating honestly.  I am saying that by having a back door to user data is an unnecessary risk and the reason why I do not use it specifically for my business.  If you agree with me and are using Notion consider Asana and Trello since they offer end to end encryption.

Bear’s simple tools take the effort out of writing, whether you need to hit specific word counts and reading times or convert your writing into PDF and Word docs.  With Bear’s custom markup shortcuts, you can add style and links with just a tap or keystroke.

I found it easy to use and it even familiar as it had the toolbar similar to Microsoft Office at the bottom of the page.  There is so much to love about this app

With Notion it is not easy to figure out as Bear.  It is great to be able to just type but I would never use to create a blog post.  In fact, I could to figure out how to export the data out of Notion but that could have been because I was using it off the website and not from the actual app.

Now before I get into Bear’s features, I need you to three steps for me.  The first is to “Like” the video; the second is to leave me a “comment,” and the third is to subscribe to the channel.  I need your support to continue making these videos.

Bear has a lot of advanced features that I need to touch on.

In researching this app, I decided that I want to download the app and give it ago.  That is when I discovered the first issue that I had with the Bear app.  It does not support Android or Windows devices.  I then found out that the creators of Bear do not intend to support Android or Windows at all.  Not supporting Windows was a significant drawback for me.  Although I do have mainly Apple devices for my business, I still use a Windows machine regularly. There are just some things that work better on a Windows machine than on a Mac. For instance, my MT4 trading software works better on Windows.

Before you tell me that I can use Bootcamp to run Windows on a Mac, I have tried that.  Yes, it works reasonably well, but I didn’t particularly appreciate having to stop and reboot my iMac to get back into IOS.  It is easier for me to have two computers to do that.

The free version of Bear allows you to create notes, add tags and attachments, and export to various formats.  However, if you want to sync your data, you need to get the Bear Pro edition.

Notion also has a free version that I in fact use on a regular basis.  You can create unlimited pages and blocks, share with 5 guests and sync across all devices. The only reason to upgrade is for unlimited file uploads, unlimited guests and version history.    This upgrade costs $4 per month which is going to be more expensive than Bear.

The Bear Pro version offers advanced features to include the ability to sync between all your devices.  It also consists of a dozen of beautiful themes and more powerful export options.  You only need to purchase one Bear app subscription to have the ability to sync between all of the devices.  The bear app is not expensive as a year’s subscription will only set you back $14.99.  That is reasonable considering the cost of some apps.

Now it is obvious that Bear is a cheaper alternative to Notion in many ways.  However if you need to have multiple team members access the data than Notion is the way to go.

I am really impressed with the Bear app.  I think it is much better than the majority of the note-taking apps available today.  It would be almost perfect if it had the ability for team use and was available for Android and Windows.

Bear is a great note-taking app for any individual that does not have to share the data with anyone else. The security features are top notch, the writing capabilities is excellent.  Whereas, Notion is a combination note-taking app and database.  If you need the ability to share your data with someone else on your team then consider this app.  However, the security of this app is not the best that is available today.

Leave me your comments as to which app you like and why. Until next week please be safe.  For more articles please click here.

PrevPreviousOBSIDIAN – How To Get Started, Facts & Pricing
NextBear App vs Evernote App |Which is the Better App?Next